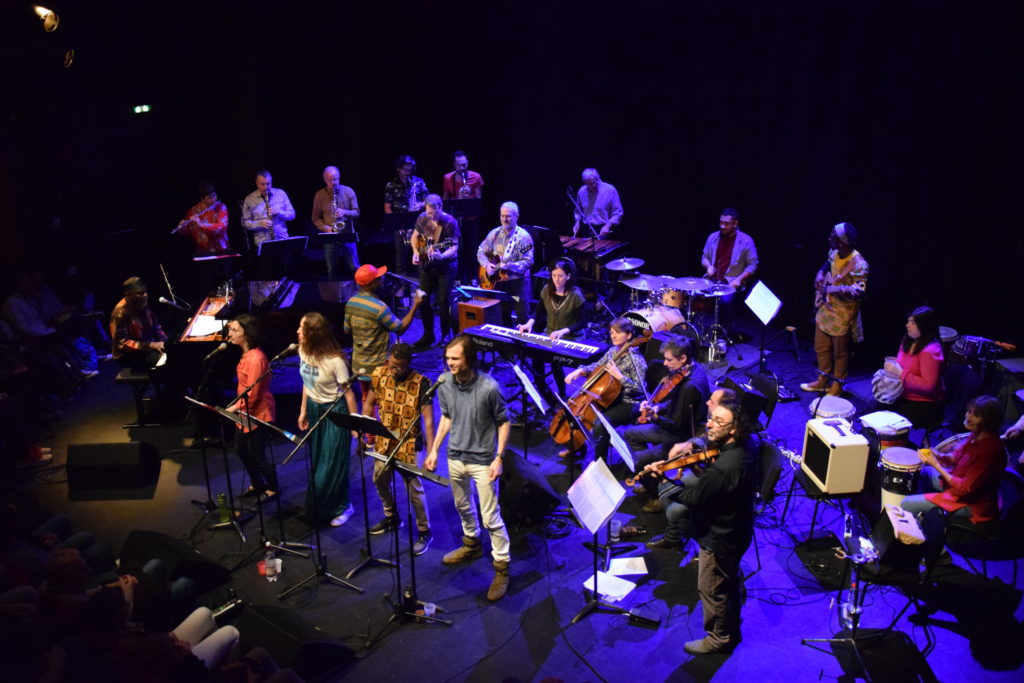 The Kalimba orchestra is a project of the Conservatoire d’Angoulême led by Pierre Aubert and Jean-Émile Biayenda. It aims to allow the students of the Conservatory to get an opening to different musical horizons through an orchestral practice. Pierre Aubert worked for almost six months to write new arrangements for 7 musics chosen from the repertoire of Ray Lema. After several exchanges back and forth between the two musicians, Ray Lema carried out a first day of masterclass with the students in early January 2020. In February, after 4 days of intensive work, master and sudents performed together at the auditorium of the Conservatoire from Angoulême.

Previous
Next
Next PostRead more articles

This site uses Akismet to reduce spam. Learn how your comment data is processed.