From the height of its three quarters of a century, Ray Lema faithfully pursues its adventurous path on the roads of music. From classical to jazz, from traditional Kongo rhythms to those of the Gnawas through the Bulgarian choirs, the man decided to make sweat all those who like to store music in boxes.

Born in 1946 and raised in a Protestant family, the boy wanted to become a Catholic priest. He was then sent to the college seminary near Kinshasa. The white fathers on charge detected his musical aptitudes and directed him to study the piano and play the organ during the masses. The training is austere, but solid. The Congo gains independence and our organist who has a certain freedom of thought gives up the seminary to study chemistry at the university. But his passion for science fades and he gives up to everything but music. He plays with Gérard Kazembe’s orchestra the hits of Europe and plays rock with the band “The Yss Boys”, being considered a bit strange in Kinshasa, where the rumba is the queen and has the monopoly of the musical nights. But it is precisely because he is a UFO, trained in the rigors of Bach and in classical composition, that he is entrusted with the musical direction of the newly created National Ballet of Zaire. His mission: Go around the Congo to hire musicians, singers and have them play all together to represent the country. In this immense territory which is not yet a nation, the challenge is more complex than it seems.

Ray Lema signs, without any doubt and without any concession, one of his best albums. “Transcendence” is a condensation of his musical loves, experiences and influences that have crossed his life. Nine new pieces brilliantly interpreted by a sextet of gifted musicians with the authenticity of a live concert and the warmth of recording a studio.

Ray Lema and Laurent de Wilde have known each other for 30 years.With pianissimo nuances but with a highly communicative energy, they offer in Riddles a delightful dialogue which results in a high class dancing mixed jazz. On the road since 2016, the duo of these two exceptional pianists still gets the enthusiasm of the public and regularly performs in concert.

From Brazil to Cuba, through Germany and China, Ray Lema is frequently the guest of symphonic orchestras to perform his music. He was invited in 2019 by the Deutsche Kammer Philharmonie of Bremen and the RSI symphony orchestra in Lugano. 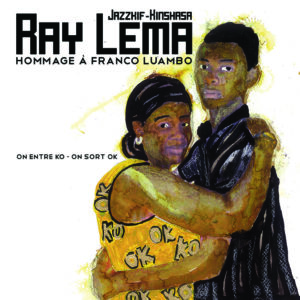 2020 has turned our lives upside down, disrupted our habits, thwarted all professional plans and agendas. 2020 will have been a year of dread and tears with all the missing, relatives, friends and among them many known and unknown artists from all over the world. The disc recorded Live in Kinshasa in tribute to Franco Luambo Makiadi “On entre KO -on sort OK” was finally released in June 2020. European summer tour completely canceled, some dates postponed to fall 2020, others postponed to summer 2021. Finally, we hope so… the project should therefore be back on the road and be on the stages of festivals from June 2021. Fingers crossed!

More infos on the project
Previous
Next

Webcasts of concerts, clips, interviews and documentaries, find all the videos of Ray Lema